We did not come from monkeys 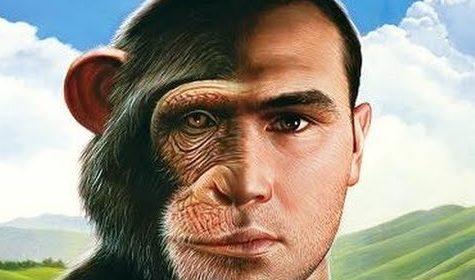 Humans are relatives, not descendants of great apes. We have with them a common ancestor who lived in Africa about 7 million years ago

If man is an evolution of the monkey, why there are still chimpanzees around? This is a very tricky question, it ends up confusing and deceiving many people. Who loves to do this question are the creationists, who believe in divine creation – man molded by God to His image and likeness. But there is a conceptual flaw in this trick. It gives the impression that, according to the theory of evolution, Homo sapiens evolved from living apes. Charles Darwin, however, never said or wrote it. What evolutionists claim is that apes and humans have a common ancestor. And they are absolutely correct in that statement.

According to the most recent studies, based on fossils and DNA analysis, about 7 million years ago Africa was inhabited by a type of primate from which descended men, chimpanzees and bonobos (pygmy chimpanzees). The most appropriate analogy to understand this story is to think of species as members of a family. Whereas this primate is the grandfather of the family, chimpanzees are not our “parents”,  but our “cousins”.

Then you ask: if it were raised by some dazzling technology, Jurassic Park style, this common ancestor could be considered a monkey? Yes and no. In many ways, it would remember a chimpanzee. It would be covered by hair, for example, and would likely have a relatively small brain. On the other hand, some of the oldest fossils of the human lineage – as Ardipithecus ramidus, from 4.4 million years ago – suggest that grandpa might not have other features of living apes, as the habit of walking leaning on the knuckles.

Besides all this, there is another reason why the question of Creationists is conceptually wrong. It assumes that every monkey “would like” to have followed the man’s evolutionary path. But the fact is that each primate lineage has its own history of evolution. According to archaeologists and anthropologists, it was only in the last 10,000 years – with the advent of agriculture and the emergence of great civilizations – that the “solution” represented by Homo sapiens really was more successful than the other species.