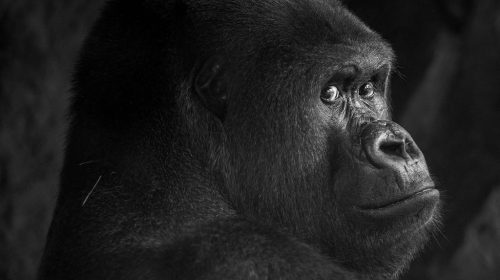 Both great ape research and tourism have allowed people to learn about chimpanzees, bonobos, gorillas and orangutans, and to observe them from a close proximity. Great ape tourism also serves as an important source of revenue for governments and communities, and a significant proportion of this income is reinvested in the protection of endangered species and their natural habitats.

However, infectious diseases such as COVID-19—caused by the SARS CoV-2 virus—are a major concern for great ape conservation.

Johannes Refisch is a United Nations Programme Manager and Coordinator who oversees the Great Apes Survival Partnership. In this interview, he explains why disease prevention is critical, and what specific measures are being taken.

In relation to great apes, why is the SARS CoV-2 virus a concern?

The possibility of infection is a conservation risk. We do not yet know whether great apes are susceptible to the SARS CoV-2 virus, but we do know that wild chimpanzees were infected with human coronavirus OC43 in Côte d’Ivoire, and that great apes can be infected with many other human respiratory pathogens.

Among humans, the SARS CoV-2 virus is highly infectious and may survive in the environment for a few days. This being the case, we must assume that great apes are susceptible and prevent them from being infected.

What are the potential consequences of infection among great apes?

The survival of great apes is already threatened by habitat loss, illegal hunting, and other diseases. Ebola, for example­—a hemorrhagic fever that affects both humans and great apes—has led to mortality rates of up to 95 per cent in gorillas; and calculations indicate that some of those populations will need more than 130 years to recover. Contraction of SARS-CoV-2 would add to these challenges.

There would also be economic and livelihood losses. Great ape tourism is an important source of employment, generates income for national governments and local communities, and produces the funds required to sustain conservation activities.

It is also important to note the risk of human infection by great apes. Because of our close genetic proximity, humans can transmit diseases to great apes, but humans can also contract diseases from great apes. Again, Ebola exemplifies a case in which both humans and great apes were affected. There is some evidence that hunters found carcasses of gorillas that had died of Ebola in the forest, and contracted the disease when they consumed infected meat.

What is being done to reduce these risks?

At present, there is no vaccine against SARS CoV-2 infection, and it could take months—if not years—to develop one.

In the meantime, the International Union for Nature’s Primate Specialist Group/Section on Great Apes and the Wildlife Health Specialist Group have published a joint statement, recommending that “great ape visitations by humans are reduced to the minimum needed to ensure the safety and health monitoring for the great apes”, and are emphatic that strict adherence to best practices for great ape tourism and disease prevention is critical.

Beyond this, the groups recommend that suspension of great ape tourism and reduction of field research should be considered and call for mechanisms “to offset loss of profit and employment from tourism” and to support public health in local communities.  To this end, as of 23 March 2020, the majority of gorilla tourism sites have been closed.

In the long term, it will be critical to gain a better understanding of the spread of diseases between animals and people, as there is increasing evidence that loss of habitat and biodiversity has facilitated the spread of zoonotic diseases.