Thousands of “Sandras” in the world thank 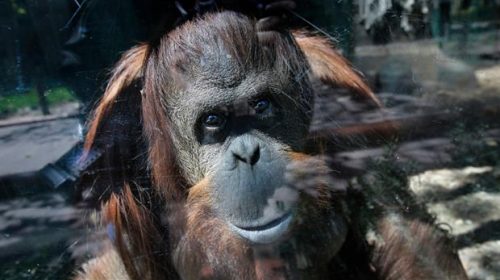 For the first time in the world, a judicial system, in this case the Argentine, recognizes loud and clear that a great primate, Sandra, a female orangutan who lives in Buenos Aires Zoo, is a non-human person and has inalienable rights that must be respected.  That was the sentence of Judge Dr. Elena Libertori , released last week:

“For these reasons, I resolve: To make room for the appeal promoted (in this case by AFADA organization) as follows: 1) Recognize the orangutan Sandra as a party acting in accordance with Law 14,346 and the Civil and Commercial Code of Argentina, on not the abusive exercise of rights by those responsible for her – the concessionaire of the Buenos Aires Zoo and the Autonomous City of Buenos Aires; 2) Define that the experts “amicus curiae”, Dr. Miguel Rivolta and Dr. Héctor Ferrari, together with Dr. Gabriel Aguado, from the Zoo of the City of Buenos Aires, prepare a report stating which measures should the Government of the City of Buenos Aires adopt regarding orangutan Sandra. The inform will have vinculanteem character. 3) The Government of the Autonomous City of Buenos Aires shall guarantee to Sandra appropriate conditions of her habitat and the activities necessary to preserve her cognitive abilities. “

For those who have not followed this unprecedented case in the world, orangutan Sandra lives at  Buenos Aires Zoo, in inadequate conditions, being subjected to a life of exploitation. In addition to the fact that the conditions of the facilities where she lives are not good, she gave birth to a son who was taken away from her a few years after his birth to be sold,  destroying the sacred maternal bond which, in the case of great primates, is extraordinarily strong.

AFADA, an organization of lawyers who defend animals, filed a complaint of mistreatment by the Zoo and, through an application for Habeas Corpus, requested her transfer to a Sanctuary. After more than a year of process, which involved up a commission of international experts, the Judge, who analyzed the case of Buenos Aires City Court, for its solution, came to this conclusion.

The importance of this sentence, for all “Sandras”, the ones in captivity and the ones in the wild, is that for the first time a great primate ceases to be an object ,which can be used by anyone at will, and becomes on a subject of law, a non- human person, who must be recognized and respected.

This also means that anyone in Argentina for now, and hopefully in many countries in the future, may be criminally prosecuted for violating the rights of a Great Primate.

The courage of Judge Dr. Elena Liberatori to put this clearly in words that leave no doubt, in a 13 page sentence, in which she explains the reasoning that led her to these conclusions,  will be an example to all judges in the world, who should follow this reasoning and guarantee the rights of a great ape.

The animal exploitation establishment of Argentina, represented by the Buenos Aires Attorney, promised to appeal before due to the fear that the exploitation of animal life is beginning to be questioned at many levels.

AFADA Organization, which persisted in its struggle, has obtained an achievement that all those who defend animal life, especially our brothers Great Apes, will thank for forever.