The UN wants to protect these chimps’ unique culture 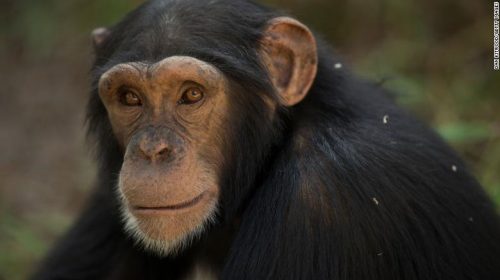 The unique culture of nut-cracking chimpanzees has been selected for conservation by the UN, marking the first time an animal activity has been preserved by the international body.

After decades of extensive research into the advanced learning patterns of chimpanzees, the organization’s Convention on the Conservation of Migratory Species (CMS) body agreed to protect the ability of chimps in west Africa to crack nuts.

The activity was chosen for conservation because it highlights chimpanzees’ “unique technological culture,” the CMS said.

Chimps can crack open different kinds of nuts with stones and pieces of wood, which they use as a hammer and an anvil.

But those talents are only visible in the westernmost parts of the species’ range, the CMS said — chimps in Guinea, Sierra Leone, Liberia and the Ivory Coast have the ability, but those in other parts of Africa do not.

“Such behavior could enhance survival prospects of chimpanzees in areas showing climate induced changes to vegetation,” the CMS said when it first unveiled the plan to protect the activity in February. It was approved last month by delegates at the body’s annual conference in India.

The move to conserve the culture follows evidence that chimps — alongside animals such as whales, dolphins and elephants — acquire some of their skills and activities through social learning with their peers.

Research cited by the agency included the work of Jane Goodall, who has spent decades studying the social interactions of wild chimpanzees.

The CMS said it will now seek more data on chimps’ nut-cracking tendencies, and will encourage media coverage and celebration of the animals’ unique talent.

“Discoveries about animal culture can be fascinating to the public at large, shaping their perceptions of the nature of the animals concerned and hence their value,” the CMS wrote after the measure was accepted.

The chimps’ activity was one of two submitted for consideration ahead of the conference, alongside the culture of the Eastern Tropical Pacific Sperm Whale.

The whales “differ little from each other in their nuclear DNA, but their vocalizations vary considerably, and these can only be acquired through social interaction and learning,” the agency said.