The neural cruelty of captivity: Keeping large mammals in zoos and aquariums damages their brains 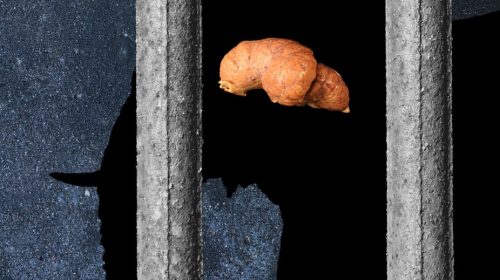 By Bob Jacobs, Professor of Neuroscience, Colorado College – The Conversation

Hanako, a female Asian elephant, lived in a tiny concrete enclosure at Japan’s Inokashira Park Zoo for more than 60 years, often in chains, with no stimulation. In the wild, elephants live in herds, with close family ties. Hanako was solitary for the last decade of her life.

Kiska, a young female orca, was captured in 1978 off the Iceland coast and taken to Marineland Canada, an aquarium and amusement park. Orcas are social animals that live in family pods with up to 40 members, but Kiska has lived alone in a small tank since 2011. Each of her five calves died. To combat stress and boredom, she swims in slow, endless circles and has gnawed her teeth to the pulp on her concrete pool.

Unfortunately, these are common conditions for many large, captive mammals in the “entertainment” industry. In decades of studying the brains of humans, African elephants, humpback whales and other large mammals, I’ve noted the organ’s great sensitivity to the environment, including serious impacts on its structure and function from living in captivity.

READ THE FULL ARTICLE AT THE CONVERSATION – https://theconversation.com/the-neural-cruelty-of-captivity-keeping-large-mammals-in-zoos-and-aquariums-damages-their-brains-142240

From PASA – Pan African Sanctuaries Alliance Thanks to our supporters, 23 orphaned chimpanzee infants have a safe place to [...]

From Save the Chimps Sanctuary It is with a heavy heart that we share with you the passing of Scrappy, [...]