The Islamabad High Court Is Protecting the Legal Rights of Animals 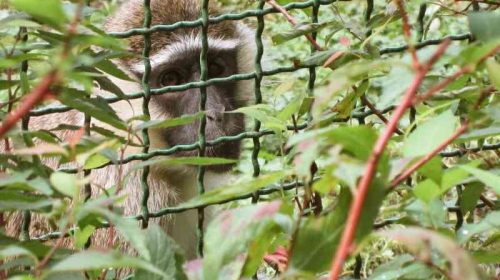 PHOTO - Pixabay / rdza
Nicole Pallotta, Senior Policy Program Manager in the Animal Legal Defense Fund’s Animal Law Program, analyzes the recent grant of legal personhood to animals and recognition of their natural rights by a landmark judgement given by the Islamabad High Court…

In a ground-breaking decision, the Islamabad High Court in Pakistan has explicitly recognized that animals have natural legal rights and are entitled to protection under the nation’s Constitution.

Non-human animals are still commonly treated as “property” around the world, which places them in a similar legal category as inanimate objects. Although problematic for many reasons when applied to sentient beings, this legal status does not prevent animals from having meaningful, enforceable rights. However, courts in the U.S. and worldwide have been reluctant to make direct statements about the legal rights of animals.

The decision from the Islamabad High Court is a refreshing and historic departure from the jurisprudential status quo regarding animals.

The main subject of the case before the court was Kaavan—dubbed “the world’s loneliest elephant”—who for more than 30 years had been chained alone in a small, barren enclosure at the Marghazar Zoo. Chief Justice Athar Minallah’s 67-page ruling, available online, outlines the details of Kaavan’s confinement and the prolonged cruelty that he and the other animals confined at the zoo endured. Justice Minallah ordered the animals—whom he referred to as “inmates”—to be relocated to sanctuaries but did not stop there. His ruling went beyond this facility to address all animals in captivity.

Scholars and advocates have proposed various avenues for animals to break out of what is widely considered to be an antiquated property paradigm. Legal personhood is but one path to a legal status beyond mere property, and some courts have explicitly declared animals to be legal persons. For example, in recent years an orangutan and a chimpanzee were granted legal personhood by judges in Argentina.

READ THE FULL ARTICLE AT THE JURIST.