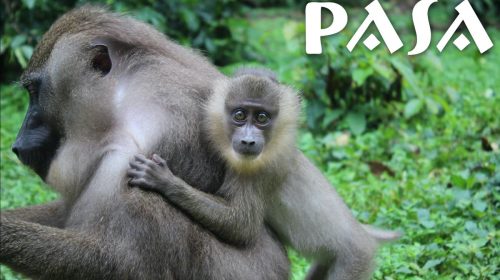 We still can’t believe what Drill Ranch went through. It’s the worst thing we’ve ever heard of at a PASA member sanctuary, but it’s important to tell you.

Warning – the details of this incident may be disturbing to read.

For nearly 30 years, the sanctuary has successfully rescued and cared for primates in Nigeria while building strong ties with nearby communities and fighting wildlife trafficking. But at the end of December, a vicious, unexpected attack left the future of the entire sanctuary uncertain – and their 600 rescued chimps, drills, and other monkeys at risk.

Here’s what happened: Drill Ranch was robbed. Computers, cash for paying the staff salaries, and personal items were stolen from the sanctuary. Police took several employees in for questioning, but on the way to the police station, there was a horrific car accident. Two of the staff members, along with six police officers, were killed.

When this terrible news reached the local community, many were understandably upset and angry. A group of young people blamed Drill Ranch for the accident. They stormed the sanctuary with machetes, destroyed the sanctuary’s kitchen, accommodations, and vehicles, and stole radios, phones, and money.

Even worse – they took two sanctuary employees hostage, chaining and ruthlessly beating them in public. Can you imagine how terrified they were?

Drill Ranch urgently needs your support to recover from this unbelievable tragedy.

Financial challenges caused by the current global pandemic have made it even more difficult to rebuild their facilities and repair their vehicles and tools. Without these vital supplies, feeding and providing medical care for their rescued animals is a struggle.