One year without Guga 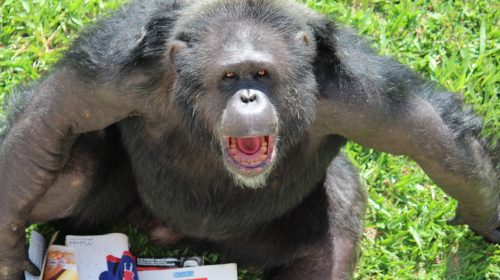 The male chimpanzee Guga was born in a commercial breeding place in Paraná, Brazil, in 1999. When he was still a baby, he was “adopted” by a human family and inspired these people to start work that, over 20 years, helped rescue more than a hundred chimpanzees victims of mistreatment and perpetuate the ideas of the GAP Project in Brazil and in the world.

Guga was the first chimpanzee and founder of the Great Apes Sanctuary of Sorocaba, affiliated to the GAP Project and the largest one in Latin America. In this same sanctuary, he gave his chimpanzee and human friends his farewell a year ago, on May 27, 2018, after battling for months against pancreatic cancer.

His remarkable intelligence and personality will never be forgotten and for such the sanctuary set up “The Guga Memorial”, an area in which paintings created by the artist Ernandes Bacvagio demonstrate all his skills. Guga “read” magazines, played to make food with what he found in nature, learned to count to 4, brushed his teeth, admired himself in the mirror …He was a very special chimp! Rest in peace, dear Guga!

Guga and his skills 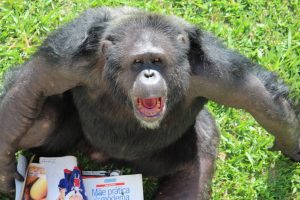 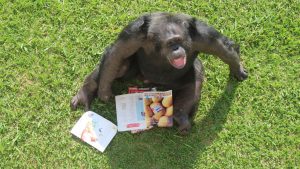 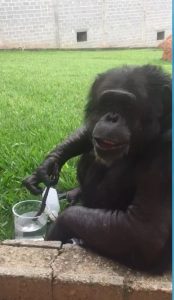 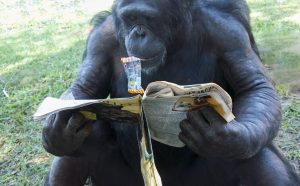 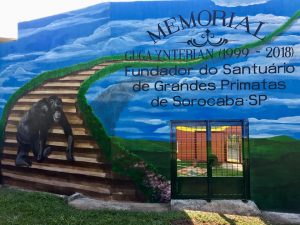 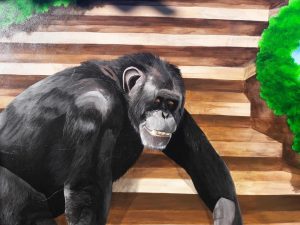 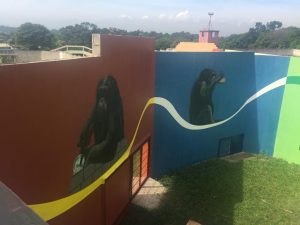