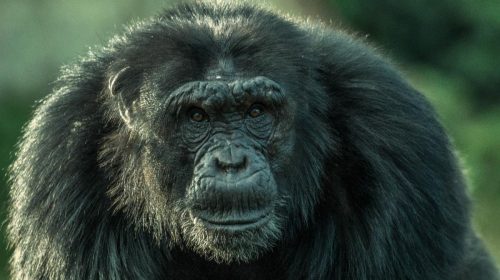 This chimpanzee has been eyeing the Alpha Male position since 2010 during Chimp Mika’s reign.

Chimpanzee leadership varies from one individual to another and to become a leader is not about being stronger or weaker neither young nor old but the trust and the support you have in the community.

n 2013, a power Vacuum was left with the death of Chimp Mika that demoralized the chimpanzee Community.

This lead to raise of different males in competition for the position such as Umutama, Kalema, Oketch and Kisembo.

Furthermore, this led to raise of Umutama as Alpha Male in 2015 although Kisembo wasn’t in support.

Umutama was a leader that would give chance to other males to solve problems in the community, less competition while feeding and copulating. Kisembo kept on observing and building allies with the most influential enemies of Umutama like Bwambale, Robbie, Indi and Megan.On top of that Kisembo has also been advised by a former Alpha male Robbie as well as convincing other chimps to support him.

In late 2019, Kisembo started his coup to over throw Umutama for the Alpha male seat.This begun when half of the males and females started welcoming him back to the holding facility which increased his confidence.The opposing chimpanzees for the Alpha male position such as Oketch, Umutama and Kalema made the atmosphere harder for him.

Kisembo took his time to study all of their weaknesses and handled them one by one.They continued trying to push him out but later they accepted a defeat and gave up and started to bob for him. From that time, Kisembo has greatly proved that he is the leader and the entire community respects him.

He is a quiet, peaceful but very determined in his decisions. During feeding times whenever is delayed to get food, he has his special hoot he sounds and every one runs away before he displays.All top males, no one stands to continue getting food when he charges. Whoever does not give way will be punished for insubordination.