A new study reveals that zoos are not educational for children 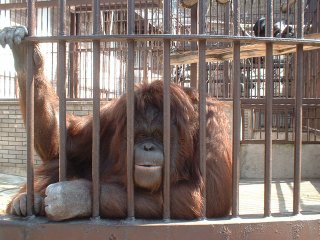 HARMFUL TO HUMANS AND ANIMALS

Zoos try to hide the cruelty of captivity behind a mask of “education for conservation”. But a new study shows that learning is not usually the result. The information is from NGO PETA Latino.

British sociologists gathered data from children between 7 and 15 years old, before and after visiting London Zoo. The researchers found that 59% of children who were at the zoo had not positive educational outcomes. That number goes to 66% when children do not have a guide. And in many cases, a trip to the zoo still had a negative impact on the understanding of children about animals and their habitats.

What we can learn from these sad places is how animals act when they are separated from their families, kept in captivity, and when they are denied everything that is natural and important to them.

Another study shows how captivity is harmful to animals

The researchers observed 60 great apes in three sanctuaries of chimps and six zoos in North America; 36 of them were “pets” or were exploited in circuses. The chimpanzees were created by humans and therefore had “poor social stories” and were significantly less likely to relate to other apes in sexual activities.

Dr. Stephen R. Ross, a researcher, said: “Deny (to chimpanzees) access to members of their own species during the critical period of infancy results in consequent behaviors that last a lifetime. Even with the best care in adulthood, they often do not fit with other chimps.”

Captivity is of little benefit to humans and harmful to the animals.