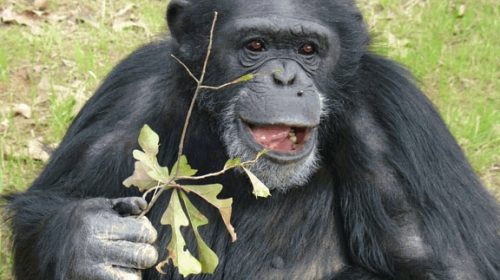 In 1993, Peter Singer and Paola Cavalieri edited the book “The Great Ape Project – Equality Beyond Humanity”, which was the beginning of a struggle for the basic rights of the Great Apes in our societies. In that book, in the first pages, it was written the text of the World Declaration on Great Apes, in which all those who contributed to the memorable text also pledged to sign it.

Among others there were Jane Goodall, Francine Patterson, Richard Dawkins, Jared Diamond, Douglas Adams, Tom Regan, Roger and Deborah Fouts. Those intellectuals, who included primatologists, philosophers, psychologists, lawyers, physicists and biologists, gave birth to this worldwide movement which today has its headquarters in Brazil, anchored in a Great Apes and other animals Sanctuary, showing the world the need to have compassion, respect and love for those beings with whom we have such deep ties.

Taking advantage of the visit of Professor Peter Singer to Brazil, we invited him to know Sorocaba Sanctuary, affiliated to GAP, and also took this time to invite a group of people: representatives of NGOs and parliamentarians who, in one way or another – each one in his or her area of ??operation for animal liberation of human exploration – has struggled with us to enforce the rights of great apes and all animals. At this meeting they will exchange ideas with him about everyone´s struggle.

This fellowship will be held on August 29, and will witnessed by 50 chimpanzees and two hundred other animals rescued from cruel fate, after passing into the hands of humans, and will be a transcendental landmark in our struggle to build a society that respects the nature and all its components.