In Belgium, a license is needed now to adopt an animal 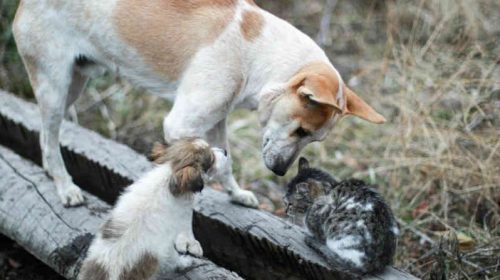 Since January 1st, it is already possible to deny the adoption of an animal by an individual in Belgium. The Animal Welfare Code for the protection and welfare of animals has been approved in the country.

In order to avoid abandonment of animals and other forms of ill-treatment, Belgium now  requires a license to adopt an animal. But it is not like a document for a material or a letter of authorization, it goes much further and will be more monitored than it seems: “This license is intangible. You will not just have a document or a card in your wallet. The license  will be a database that will control not the people who have the right to own an animal but those who no longer have the right because they were the perpetrators of mistreatment or neglect which at some point were condemned “, says the president of the Animal Protection Association of the city of Louvière to TV RTL. In order to ensure the welfare of animals that are considered sentient beings today in Belgium, penalties are more stringent for people who mistreat their pets. They face up to 15 years in prison and fines of up to 10 million euros. A person who has been accused of mistreating an animal, dog or cat, can no longer adopt others.

“Walloon is one of the most progressive regions on the issue of animal rights.”

The president of the SPA association of La Louvière in Belgium is relieved by this initiative: “Thanks to the Walloon animal welfare code, we can intervene, because it is no longer allowed to keep a chained animal, without it being free to move in one place, even if it’s an enclosed place, and that’s a big win for us”, he explains. Animal fights and shooting are also banned, as in France. It remains to be seen whether, in France, measures similar to the compulsory license to own animals will also be applied. In fact, initiatives like these help to better control and ensure the welfare of animals whether in terms of ill-treatment, trafficking or other … Strict but necessary measures to take into account, even more in the concern for the welfare of animals in the country.

Natasha is an adult female chimpanzee at Ngamba Island Chimpanzee Sanctuary. She is also known as the most intelligent chimpanzee [...]

Peter, Tata and their two sons Miguel and Milan form one of the chimpanzee families that live in the Great [...]

Although they have no way of identifying their biological fathers, male chimpanzees form intimate bonds with them, a finding that [...]

From PASA – Pan African Sanctuaries Alliance Lucie was a tiny one-month-old chimpanzee clinging to her mom in the Congolese [...]

By Kendra Pierre-Louis (The New York Times) Last year was the warmest year on record for the world’s oceans, part [...]