Habeas Corpus is denied, but law discussion is still open 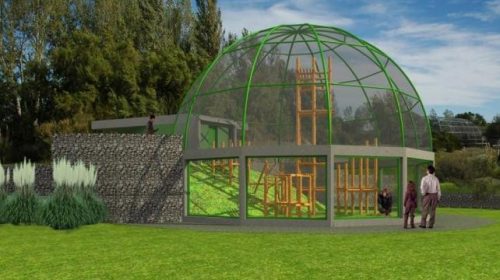 Judge Roberto Cornejo , from the City of Cordoba , denied the application for a Habeas Corpus applied by  Alejandra Juarez , on behalf of GAP Project , to release the chimp Toti , 12 years old, who lives for 10 years isolated in this city Zoo .

However , Dr. Cornejo left the door open to further discussion about the status of great apes in our legal system, considering the closeness that this species has with humans . In principle he affirmed he refused to grant the injunction because there is no law, nor in the state Constitution nor in the Federal, that encompasses the use of this legal instrument for a non-human primate .

Meanwhile , Toti was sent to a zoo in the Province of Rio Negro , in a supposed exchange for a white tiger. A third-party administrator of the Municipal Zoo of Cordoba claimed a year ago that had signed this arrangement . But the suspected transference of Toti  from the zoo – in the night – when a  Habeas Corpus was about to be presented indicates that it was intended to hide him from the action of Justice if the judge would approve the order .

Zoo of Rio Negro sent a plant (above, in the photo), done in a computer, of  the supposed enclosure Toti will stay,  but  did not send actual photos of the current situation , which indicates the haste with which it was sent , to escape from the lawsuit.

Dr. Heron Santana , who was the first lawyer to present a petition for Habeas Corpus on behalf of a chimpanzee in  Brazil – to liberate Suiça , a female chimpanzee , in Salvador Zoo five years ago. When she was about to be released, she was found dead – gave full public support for the action led by Alejandra in Cordoba .

GAP Project Spain has launched , through its Director, Pedro Pozas Terrados , an international campaign for the release of Toti and his submission to GAP Sanctuary in Sorocaba .

The defeat in the first instance, which has also happened in Brazil, does not mean that the fight is over. Other higher courts will be appealed in court  since it is necessary to create a law on the status of great apes in our societies and ensure their basic rights, and their Habeas Corpus is one of them,  in order to stop keep them isolated , as objects in  display to amuse the public, which currently happens with these species .