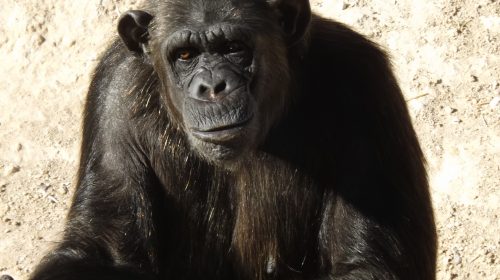 GAP Project Spain once again mourns the death of Mike and Karibuna, two chimpanzees who have been shot dead in the beginning if November at the Dieren Park zoo, in the city of Amersfoort (Netherlands), after escaping from their enclosure due to the carelessness of a keeper who left the door open. The statement made by a spokesman of the zoo seemed irresponsible, about the decision of shot them instead of using anesthesia with the the apology that “they could have reached a dangerous situation ”.

This is not the first time that this kind of tragedy has happened in zoos in different cities. Great apes are very intelligent and have enough time to obsessively think about how to escape from the cages or enclosures where they are locked up. Due to this serious incident, GAP sent its protest and rejection of the this kind events to the Ambassador of the Netherlands in Spain, Jan Versteeg, and has asked him to open an investigation to clarify what happened and identify relevant responsibilities.

“We hope Mike and Karibuna are the last chimps to be shot to death. We ask the General Director of Animal Protection of Spain to regulate the situation of great apes in our country as soon as possible and we will continue working with the United Nations to formulate a Declaration of the Basic Rights for Great Apes and the protection of their habitat. We have the same common ancestor. Then how can we allow them to remain locked up for the entertainment of humans? Is it education to see them in the conditions they are in? Future generations will not understand why we kept them locked up, just as now we do not understand how only 60 years ago in the heart of Madrid and elsewhere there were human zoos where indigenous peoples kidnapped from their places of origin were exposed to shame today”, stated Pedro Pozas Terrados, Executive Director of the Great Ape Project in Spain.

Read more about the case: https://www.dutchnews.nl/news/2020/11/two-chimpanzees-are-shot-dead-after-escape-from-amersfoort-zoo/

From Save the Chimps Sanctuary Perhaps you’ve carved pumpkins, drank your pumpkin lattes, and enjoyed your pumpkin spice. Well, now [...]

It’s children’s week in Brazil and we would like to share some play time moments of chimpanzees from the Great [...]

From The Center for Great Apes (CGA) In spite of a pandemic, our mission and work to help great apes [...]