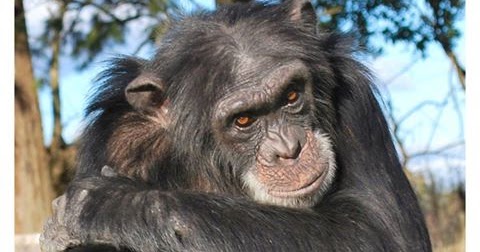 On August 23,  GAP Project Spain Project initiated ACTION FOR AMPARO against the Zoo of the City of Luján, Province of Buenos Aires, Argentina, for conducts against the fundamental rights of the chimpanzee Johnny. The sentence sent to the new Court states that it “seeks the protection and recognition of the fundamental rights of being a non-human person of the great ape known as Johnny”.

Johnny is a social being, who needs to interact with his own kind. Loneliness and exhibition lead to serious psychological consequences, which affect his health.

“Johnny, like humans, needs sociability and suffers from loneliness. Therefore, he must have his basic rights guaranteed, being transferred to a place where he can rest without stress with others of his own kind”, states Pedro Pozas Terrados, Executive Director of GAP Project Spain.

The need to transfer Johnny to a Sanctuary was identified several years ago, but negotiations were never successful. The planned destination is the Great Apes Sanctuary of Sorocaba, São Paulo, Brazil, which is open to receive him. The Sanctuary, affiliated with GAP Project Brazil/International, currently houses 44 chimpanzees, all of them former victims of mistreating in circuses, zoos and entertainment activities.

Among the residents of the Sanctuary of Sorocaba is the chimpanzee Cecília, who lived alone at the zoo in Mendoza, also in Argentina. She was transferred through an Habeas Corpus appeal in 2017. Since then she has been living peacefully in the Sanctuary, with the company of chimpanzee Marcelino.