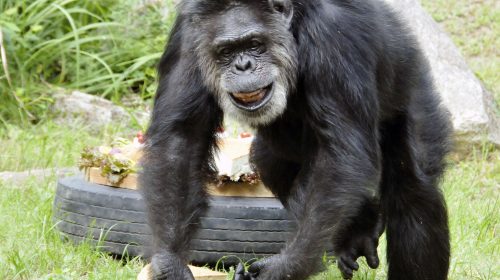 KOBE / January 16th – Johnny, Japan’s oldest chimpanzee, has died at the estimated age of 69, a zoo in Kobe said Tuesday.

The African-born male chimp had seen his appetite diminish since around September and he had been staying inside his sleeping chamber since 2017 due to age-related health issues, according to Oji Zoo.

A zookeeper found him dead Tuesday morning of what is believed to be natural causes, said the city-run zoo.

After arriving at the zoo in 1955 at the estimated age of 5, Johnny produced a total of nine offspring with five partners. His first, born in 1963, was the first chimpanzee to be raised in captivity in Japan.

“The average lifespan of chimpanzees is believed to be 40 to 50 years” so he had quite a long life, a public relations official at the zoo said.