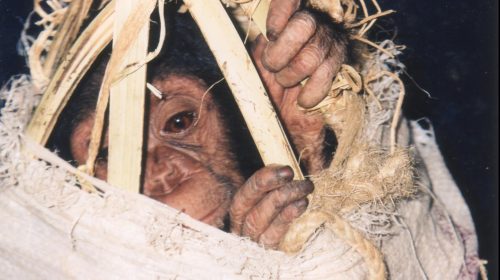 The wildlife trade isn’t just dangerous to humans. It’s one of the most urgent threats to African primates (PASA)

Do you know about the commercial wildlife trade? It is stealing the lives of thousands of innocent apes and monkeys, decimating wildlife populations, and putting human health in great jeopardy. We can’t let it continue any longer.

COVID-19 has placed this multi-billion dollar global industry under the world’s microscope. While nobody is certain about the disease’s origin, it is widely believed that the outbreak emerged from a market selling a variety of wild animals—alive and dead—for human consumption. When humans and so many other species come together in close quarters, the potential for disease skyrockets.

PASA has taken a new stance against commercial wildlife trade of any kind. Wild animals shouldn’t be used as pets, as food, or in research and entertainment. That’s why we work with our members, international partners, and African government agencies to fight for an end to this business.

It’s a complicated issue, but with you as part of our movement, we will disrupt the trade. You can read our new statement against the commercial wildlife trade here.