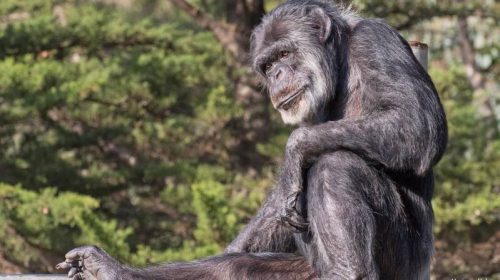 Cobby, the oldest male chimpanzee in an accredited U.S. zoo, died Saturday in California, the San Francisco Zoo said. He was 63.

His cause of death had not been determined, but he had recently been ill and old age was likely a contributing factor, the zoo said in a news release.

Tanya M. Peterson, CEO and executive director of the San Francisco Zoological Society, described him as the “charismatic and compassionate leader” of the zoo’s chimpanzee troop and said his death was a “devastating loss.”

“Cobby enjoyed resting on the various platforms, snacking on his favorite foods, and even as a senior, climbing up high to hang out with his favorite girl Minnie,” the zoo said.