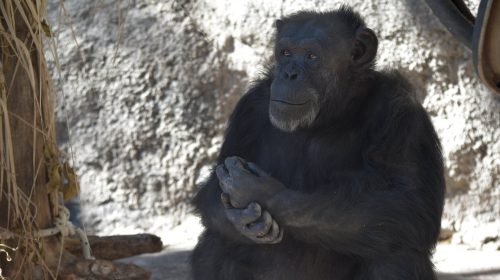 Next week, the first chimpanzee in the world who has been released from captivity in a zoo through a human legal instrument, Habeas Corpus, will arrive at Guarulhos airport, in São Paulo, from Mendoza, Argentina.

Cecília, who is the only survivor of a group of four chimpanzees who lived in the Mendoza Zoo, Argentina, already has a reserved space in the Great Primates Sanctuary of Sorocaba, affiliated to the GAP Project, where she must live the rest of her days, with the company of other 50 chimpanzees.

The Habeas Corpus filed by the AFADA organization, an NGO that defends animals in that country, was authorized by Judge Dr. María Alejandra Mauricio.

Other similar attempts in Brazil, in the United States and in Europe so far have not been successful and, for several reasons, the release of the apes has not been achieved.

When arrives at Brazilian territory, Cecilia will become the first non-human primate who got his freedom thanks to a human legal instrument!

We hope this example will be followed in other cases so that many other Great Apes who are being exploited in terrible captivity may also be released.