The case of Sandra 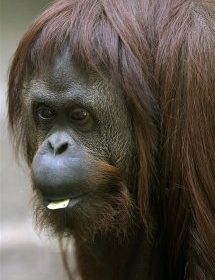 In the last days of 2014, the case of Sandra, a female orangutan who lives at Buenos Aires Zoo, ran the world when her rights as Non-Human Person were recognized by an Argentine Court.

We will try to explain the background and details of this case so that all everyone who is accompanying this fight become fully informed.

Buenos Aires Zoo has in its collection Sandra and a group of three chimpanzees, and came to the conclusion that the great apes should not be used for entertainment and exhibition for human public.

A few weeks ago, Alejandra Juarez, representative of GAP Project in Argentina, and Vanya Ynterian, representing GAP Project Brazil, visited the Zoo to discuss the possible transfer of Sandra initially for a Brazilian Sanctuary (affiliated to GAP Project).

While these talks were being held, AFADA organization (representing Argentine lawyers in defense of animals) filed an application for a Habeas Corpus to release Sandra and send her to a sanctuary outside Argentina.

In stating this, the High Court was signaling that Sandra is subject of law and the application must be examined, considered and given the verdict. This had never happened before and the decision opens the door for the Court of First Instance receives similar requests in the future and not repels them, for not having legal basis. According to the High Court, by being a subject of rights, her case must be evaluated and resolved. Now it depends on the Court of First Instance to decide whether she should be transferred to a sanctuary, as the Zoo wishes, where she won’t be submitted to public display.

The case of Sandra, according to Pedro Pozas, from GAP Project Spain, ran the world and aroused the interest of many countries that have similar problems and that even now refuse to recognize that great apes are subject of law and cannot be exploited for human entertainment.

If the Court of First Instance in Argentina follows the recommendations of the High Court, the release of Sandra will be a precedent that will lead the way for hundreds of other great apes in the world who look forward to their rights in human societies are legally and effectively recognized.