Belo Horizonte Zoo continues at the limit of irresponsability 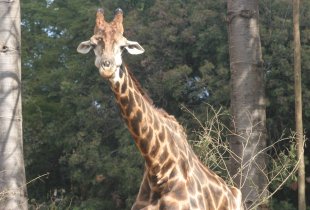 We do not know how the Mayor of Belo Horizonte considers that its zoo is a good postcard of his management. The news that have been coming from there in the last few months are tragic and negative.

The latest now is that the death of the giraffe Zola, confirmed on a report, was caused by hanging with a rope. She was suffocated, caused by acute pulmonary edema.

As usual, the direction of the zoo says they do not know how this happened. These ropes used to hold foods are usual in all the zoos in the world, they say. And do not know how she managed to choke up.

The problem is that without proper supervision, accidents recur, then the guilty ones do not appear.

How long will we allow this Zoo to be opened and becomes a graveyard for animals, prisoners who are there to amuse an audience that increasingly understands that zoos, to this end, should ever cease to exist and move to fulfill its true function social, which is the Animal Rescue in each country.