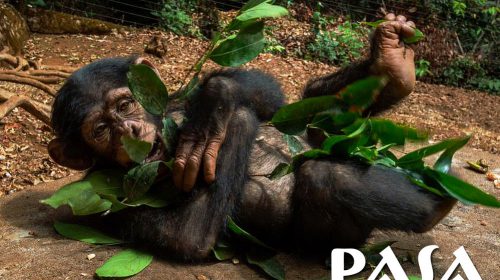 Thanks to our supporters, 23 orphaned chimpanzee infants have a safe place to play! Watch the video to see where these baby chimps will thrive for years to come.

A few months ago, the Tacugama nursery in Sierra Leone was bursting at the seams. After an unprecedented number of new arrivals ­– young chimps confiscated from the illegal wildlife trade ­– there were too many animals in too small a space. It was truly a crisis, and you came to the rescue.

Now, instead of artificial climbing structures likes poles and ropes, the 23 orphans have an enormous outdoor enclosure where they climb trees and swing from vines.

At first, the chimps were scared about entering the new space. However, they quickly shifted into play, leaping through the trees and vines, and excitedly exploring their new home.

Tacugama called the chimps’ first foray into the new area “a joyful moment.”