Argentine activists ask judge to send orangutan Sandra to Brazil, not to US 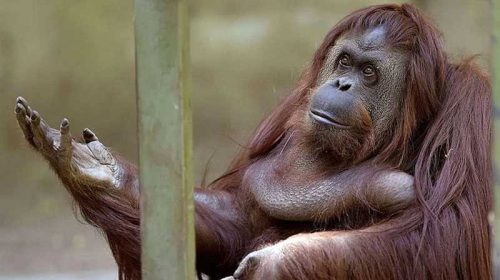 The Association of Animal Rights Officials and Lawyers (AFADA, in Spanish) asked Judge Elena Liberatori “to change her criteria” so that the ape does not come to the US because of travel time and costs, among other reasons.

After several months in office and after the Argentine courts decided to relocate orangutan Sandra from the Buenos Aires Ecopark to the Center for Great Apes (United States), the Association of Animal Rights Officials (AFADA) presented last week a request for this judicial decision to be reviewed.

The request was addressed to Judge Elena Liberatori and asks for “the modification of her criteria for sending orangutan Sandra to any of the Great Ape Sanctuaries of São Paulo or Curitiba in Brazil, not to the United States sanctuary”, AFADA President Pablo Buompadre told Infobae.

Sandra was declared a “non-human person” in 2014 and has since hoped to abandon her cage from the former Buenos Aires zoo.

On July 10, 2017, the Argentine court rejected AFADA’s request for release of the orangutan, arguing that the Sorocaba Sanctuary in Brazil (where the chimpanzee Cecilia has been living for the last for two years) “had no staff with experience or training in the orangutan management ”.

In this context, they add: “Arguing that the Sorocaba sanctuary does not have orangutan specialists was unreasonable, since in the Buenos Aires Ecopark, where Sandra has lived since 1994, there is neither an orangutan specialist nor a great ape expert, but a veterinarian, as in the Brazilian sanctuaries ”.

In addition, the AFADA document maintains that the court did not consider the experience of the veterinarians at Brazilian sanctuaries where they care for more than 50 chimpanzees.

They also asked the judge to “remember the bad record of the former Buenos Aires zoo” and the sad story of the three German orangutans (Sarah, Timo and Connie) who died in 1998 shortly after joining the site.

“These deaths were not due to natural causes, but due to mismanagement and precarious habitat of the enclosures intended for these specimens in the zoo,” says AFADA.

In this regard, Buompadre points out that the investigation of these deaths “is in full court proceedings before the Specialized Fiscal Unit on Environmental Matters (UFEMA) of the CABA Public Prosecution Service.”

The NGO also objected to the judge to “rush” her decision, which did not take into account the “existing tactical agreement between the AFADA, the Ecopark authorities and the Sorocaba Sanctuary to access Sandra’s request for transfer”.

AFADA considers that the magistrate made an “isolated and unfounded decision without taking into account the latest technical report of the Argentine specialists”, which signaled that “Sandra was in a position to be moved to a larger and three-dimensional space” without doing mention “the lack of orangutan specialists within the Brazilian sanctuary”.

Finally, Buompadre points out that, although the location chosen (the Florida Sanctuary) is “appropriate for Sandra,” there is a big drawback to her: “It would take much longer than the transfer to Brazil.”

Consideration should also be given to the official admission rules to be followed and the “months of quarantine delay at a zoo” added to the cost of transportation over long distances.

“There are simpler, faster, no-cost alternatives that offer Sandra to get out of her isolation, because she will be accompanied especially by another female who lived in the Brasilia zoo.”

The cost to the city of Buenos Aires referred to by AFADA would exceed $ 6 million, while the cost of transfer to Brazil would be a few pesos because “The Anami Institute, owned by the Paraná Sanctuary of Great Apes, would be responsible for all the expenses ”, he concluded.