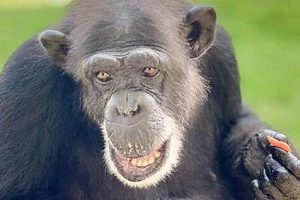 From Save the Chimps Sanctuary Amy was born on February 2, 1983, at the Holloman Air Force Base in New Mexico. She was taken from her mother within two hours of birth – even though it’s noted that Clair was a good mother. At just one year old, Amy was sent to a laboratory in […]

From Center for Great Apes We received a direct hit from Hurricane Ian. All of [...]

By Center for Great Apes Sanctuary “To our CGA Members and Supporters, Sadly, I have [...]

Conservation: Hope for our gorillas

Arcus Foundation celebrates the population recovery of the Cross River Gorilla (a subspecies of the [...] Orangutan, gorilla, chimpanzee, bonobo and human. These are the five great primates, which are so defined because they do not have tails and are a little bit ahead of their cousins monkeys on the evolution scale. Popularly one calls all the primates monkeys, but the truth is that monkeys are the ones who have tails. Africa was the place where the first no-tailed primates appeared. Orangutan appeared between 12 and 15 millions years ago, and after came the gorillas (8 to 9 millions) and the humans (7 millions). Chimpanzees and bonobos must have appeared 5 or 6 millions years ago. 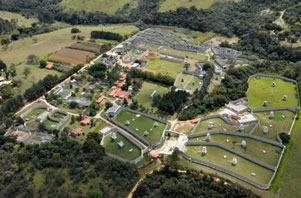 GAP Project Brazil has four affiliated sanctuaries that houses more than 70 chimpanzees. All of them fulfill and offers more than the standards defined by Ibama of great primates’ enclosures, as long as the day-to-day routine showed that their needs go beyond the descriptions of the current Brazilian legislation.

The enclosures of the sanctuaries have an internal area with connection aisles and an external area with solariums, where the chimpanzees can play, run, socialize and exercise.

Like
Historic meeting (2013)
August 29, 2013 was a historic day for GAP Project in Brazil and worldwide, with the visit of Peter Singer, one of GAP’s founder, to GAP Sanctuary in Sorocaba.
Read more ...
The Gap project